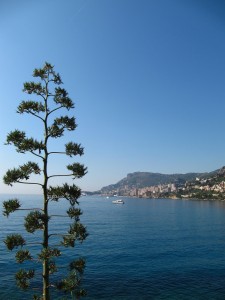 View from the Cap Martin footpath

From Beaulieu-sur-mer station, take the train and stop in Roquebrune-Cap-Martin. Starting from Roquebrune Tourism Office, let’s discover the walking path aroud the Cap Martin, which strolls by the sea, past Belle Époque villas and lush Mediterranean coastal vegetation.

Along the footpath, you will see on your way the “Cyrnos Villa” occupied at the beginning of the century by the Empress Eugénie, wife of Napoléon III, or the “casa del mare”, owned by the famous film producer Dino de Larentiis.

The walk also leads you past a modern cabin designed by the great architect Charles-Edouard Jeanneret, known as “Le Corbusier”.This 15m² pine model of minimalist living, built in the shadow of a beautiful carob tree, is under consideration for inclusion on the list of world heritage sites (guided tours by at fixed times via the Tourism Office of Roquebrune Cap Martin).

You can follow the path as far as Carnolès train station (in Menton), from where we can either return to Beaulieu-sur-mer by train, or take the path back on foot. 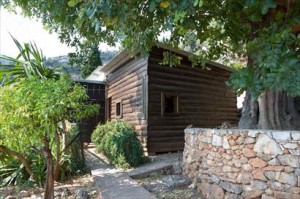 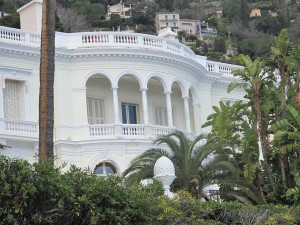