Walking in the Footsteps of Jean Cocteau

Jean Cocteau was a famous French writer, film maker and painter of the XXth century. After staying many times on the French Riviera, the artist completely fell in love with our destination.

Even thoughhe stayed on vcations on the Côte d’Azur, he really wanted to leave his legacyfrom his experiences.
Come and discover his artistic works through our dedicated offer from St Jean cap Ferrat to Menton.

Spring 1950, invited by his friend Francine Weisweiller, Jean Cocteau arrived in Saint-Jean-Cap-Ferrat for a few days of holidays. To fill his free time, he asked the permission to decorate the house with his personal touch. Inspired mainly by Greek mythology, Cocteau will then draw, or rather “tattoo” the walls of the Santo Sospir villa. Two years later he will be back to finish his work by painting the ceiling and decorating the floors with mosaics at the entrance of the villa.

in 1957, after many stays in the area, Jean Cocteau decided, with the fishermen’s agreement, to redecorate the chapel (ouside and inside) in the name of their friendship. You can discover passages of St Peter’s life (patron of the fishermen), the apocalypse candelabras (fired in the kilm of Valbonne), local scenes (tributes to the Saintes Maries de la Mer and the young ladies of Villefranche-sur-Mer) 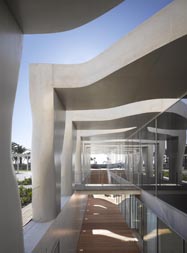 Opened late 2011, this museum is the first and largest public collection dedicated to the work of Jean Cocteau, with nearly 1,000 exhibits.
To celebrate the fiftieth anniversary of his death, the museum runs until November 3rd, a temporary exhibition named “Cocteau, Matisse, Picasso, Mediterranean”, 3 great artists closely linked to the French Riviera. 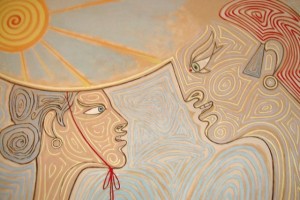 In 1958, being requested directly by the Mayor himself, Cocteau was chosen to refurbish the Town hall, especially the wedding room. He decorated the walls and ceiling creating the famous frescoes ‘les fiancés’ or the ‘Eurydice’s death’. 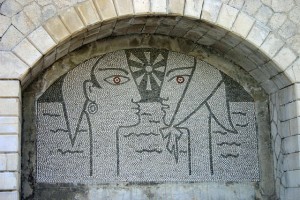 A while later, Cocteau found an old deserted tower, a small fort of the XVII century: the Bastion.
he was involved in its restoration and decoration, in order to convert it into an exhibition place for his work. Drawings, tapestries, watercolours, pastels, ceramics, faiences and mosaics made of pebbles are a memorial of the multifaceted talents of this artist.

To discover that wonderful heritage, we offer you a special Cocteau Package including tickets for the santo Sospir Villa, the St Pierre Chapel and the Cocteau museum.