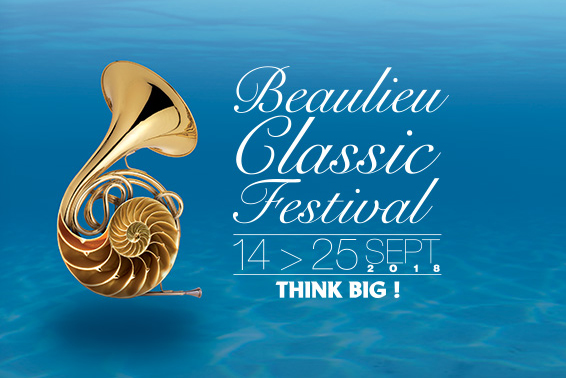 From September 14th to 25th, discover the most beautiful symphonic works during the 16th edition of the Beaulieu Classic Festival.

The orchestras of Monaco, Cannes and Nice will perform in the city’s emblematic venues, such as the Beaulieu Casino or La Rotonde.

A program orchestrated in four evenings, where pleasure and emotions set the pace. As every year, the evening continues after the concert with a dinner, two of which will take place at the Royal-Riviera on September 16th and 20th, 2018.

We remain at your entire disposal for more information and tickets reservations.